Menlo Atherton got off to a fast start with an early goal and then followed up with two more to take an early 3-0 lead. Burlingame hung in there and countered to come within 3-1. The Panthers battle hard received strong play from a variety of players. After some back and forth, Lila Sutherland scored a goal with 8 min left in 1st half to cut it to 6-2. Head Coach Chris Chirico was happy with the teams overall play and commented on their youth. “We have a lot of new players in new positions, we lost 8-9 seniors, so were just kind of trying to figure eachother out”.

M.A. went into half time with 7-3 lead. Burlingame came out strong in the second half scores early in the 2n half to cut the lead to 7-4 and came right back again to cut it to 7-5. Burlingame’s Diane Milne was the ADAC player of the game as she contributed on both sides of the ball and often drew the attention multiple MA players. The Panthers hung in there and ultimately lost by the final of 11-8. Coach Chirico cited the girls confidence and skill level as promising and feels like they will be ready for league play which opens up this Thursday. 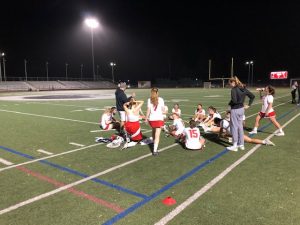 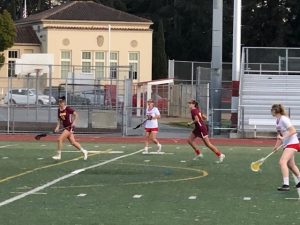 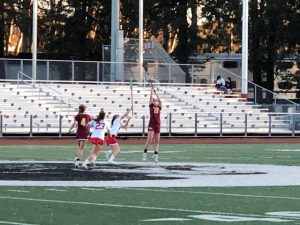