On Friday night, February 7, our JV boys soccer team took on the Sequoia ravens. Because several of the JV players had been moved up to the varsity team, Coach Chris Chirico stated that they had “a pretty new roster” and were focusing on “playing to feet [and] playing fast”. The game started off with both teams possessing the ball well. In the 17th minute, Sequoia planted a 30 yard free kick just under the crossbar, sophomore goalkeeper Alex Brodeur making the save. In the 23rd minute, the Panthers took the lead as sophomore Rajiv Koliwad sent a shot past Sequoia’s goalkeeper. Minutes later, sophomore Davis Grundmann put another goal in for the Panthers. In the 30th minute, the Panthers had another opportunity to score as sophomore defender Cameron Cowan took the ball down the sideline, beating several defenders, and crossing it to center-forward Koliwad who shot it only for Sequoia’s keeper to make a save. In the early second half, the Panthers were successful on the left side of the field, with left forward Grundmann making several runs down the sideline. Using his speed to execute high pressure on Sequoia’s goalkeeper, Grundmann scored in the 55th minute, and again in the 56th minute. “This was his first time playing forward”, Coach Chirico stated, “he’s usually a defender”. Grundmann’s hattrick as a first-time forward earned him the title of player of the game. In the 63rd minute, after a hand ball inside the box from a Panther defender, the Sequoia ravens put a goal in off of a penalty kick. The final score was 4-1, our JV boys soccer team earning themselves a Friday night win. 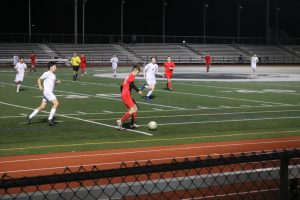 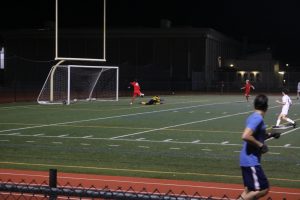 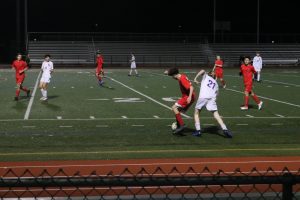